12:46
Forex Live
The pair is likely to grow. Formation of long-term reversal is not ruled out.Estimated pivot point is at the level of 0.8830.Our opinion: On the pullbacks buy the pair above the level of 0.8830 with the target of 0.91.Alternative scenario: Breakdown and consolidation below the level 08830 will enable the pair to continue decline to the levels of 0.87 – 0.86.Analysis: Presumably, the formation of the fifth wave of diagonal in wave (с) of X of the large Zigzag on the weekly timeframe has completed. At the moment ascending impetus has been formed as the lead-in wave. If this assumption is correct, it makes sense to expect continuation of growth in the third wave after the local downward correction. 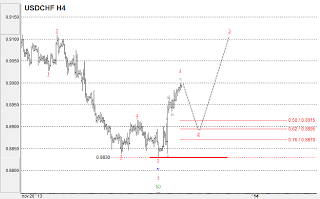 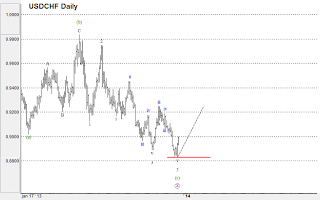